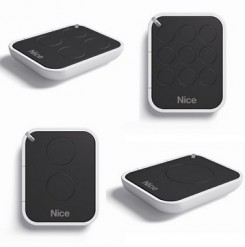 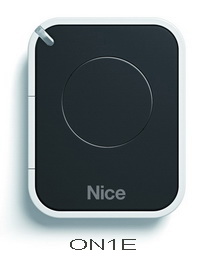 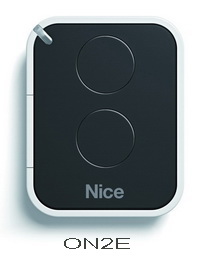 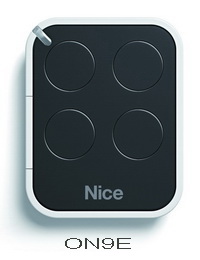 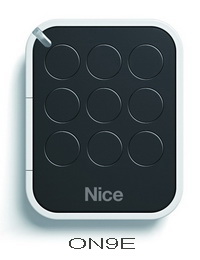 The New Nice Era One line of transmitters: the ideal and sleek design solution to control multi-user systems.

The complete line of portable transmitters with the management of identity codes and certificates, self-learning and receiver built-in proximity.

The Nice Era One transmitter system includes the transmitters 1, 2, 4, 9 channels and receivers plug pre-wired, with or without built-in transmitter.
Also compatible with receptors encoded FloR Nice (for One of 433.92 MHz).

Evolved: the Nice Ero One transmitters uses data processing and recognition systems that increase its degree of security and deliver a threefold reduction in automation response times.

Easy memorisation, even at a distance, thanks to Opera receivers. There are two options for enabling a new Inti transmitter, even at a distance from the system using a transmitter already programmed in the receiver, thanks to the enabling Code exchange between the two using the Nice O-Box connection interface; the receiver’s Certificate is entered by just placing the new Era One next to the O-Box and following the guided procedure on a PC or PDA.

Safe, if a transmitter is stolen or lost, with the O-Box the user can:
• replace it, maintaining the same functions as in the previous one;
• disable the old transmitter by increasing the priority level on the new Nice Era One.

Extremely practical: using the O-Box software, the Era OneC version allows whole packs of 10 devices to be programmed in a single procedure, without even opening them.

Elegant and convenient: the Nice Era One transmitter can be used as a stylish, high-tech keyring or fixed to the wall or your car’s dashboard with the handy support included in the pack.