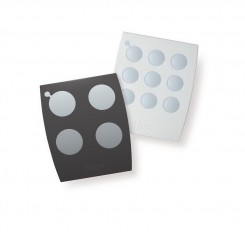 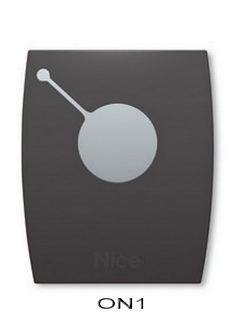 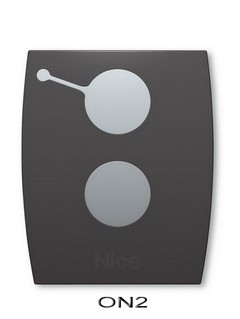 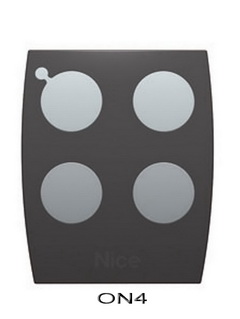 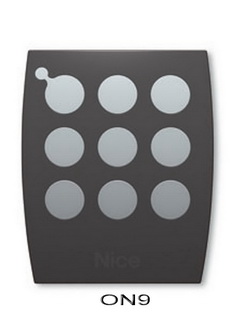 The complete line of portable transmitters with management of identity codes and certificates, self-learning and receiver built-in proximity. Coded O-Code 72-Bit, also compatible with receptors encoded FloR Nice (for One of 433.92 MHz).

Nice One system includes transmitters 1, 2, 4, 9 channels and receivers plug pre-wired, with or without built-in transmitter.

Using calculation and recognition systems that increase the safety and reduce about 3 times the response time automation.

With built-in proximity receiver allows, through the exchange of the Code of identity between two remote controls, memorize a new transmitter using one already enabled on the receiver.

Insertion speed, without connections via cable: thanks to the efforts of the Certificates and the O-Box interface, you can enable a transmitter One without having to be placed near the facility, just bringing it to the O-Box and starting the guided procedure from a PC or PDA.

Possibility of programming codes and 9 certificates of identity of the recipients.

Onec version can store in a single operation, using the software O-Box, whole packages of 10 pcs. Without even opening them.

Comfortable and stylish, One transmitter can be used as a keychain and refined technology, or can be fixed to the wall or dashboard of the car thanks to the convenient stand included in the package.